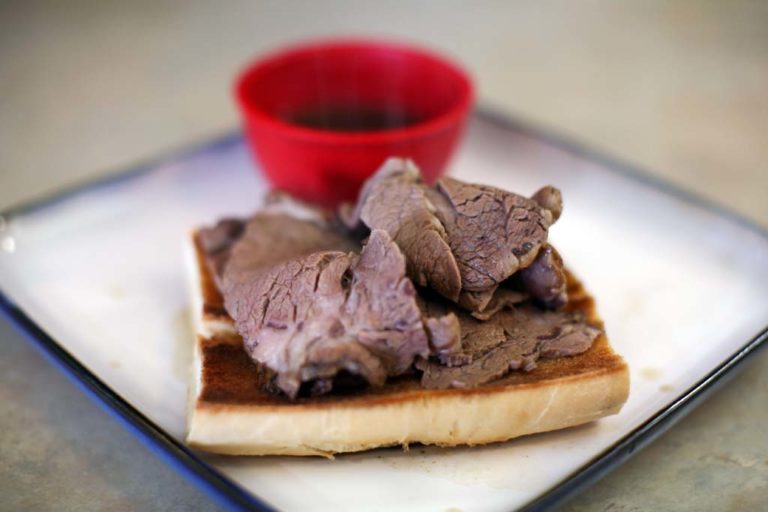 The French dip sandwich was not created in France. Obviously, they are not going to name a sandwich in such a manner. Putting French in the name is an American thing: French fries, French dressing, French toast. However this doesn’t mean we shouldn’t eat them, as they are quite tasty—provided that you follow my advice, keep it simple, and focus on the three key ingredients: roast beef, baguette, and juice.

The bread must be a baguette, which should be either fresh, or no more than a day old. The meat must be a beef roast—prime rib would be great. And the juice must be made from beef drippings, beef stock, and a splash of red wine. The easiest way to make sure you have great meat and juice is to make it yourself.