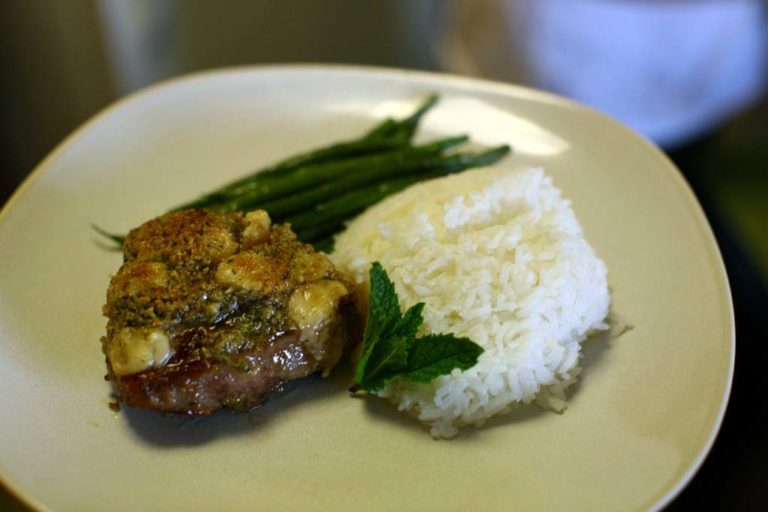 Loin chops are located directly behind the rib chops on a lamb. The major difference between the two is the loin chops have a bone running through the middle. They look kinda like mini t-bones. This bone makes you work harder to get the meat out, but it is worth the effort because the meat is very tender.

Lamb is traditionally paired with the big flavors of mint, garlic, rosemary, and some pungent cheeses. With these in mind, I came up with a sort of mint-laden salt crust to put on the lamb. First, the lamb would have to be seared on the stove. Then the salt crust would be put on top, and the whole thing would go under the broiler. The strong flavors wouldn’t take long to inject themselves into the meat. This was an experiment that worked out quite nicely. Please continue reading.

Lamb Chops: Pan-Fried and Broiled with a Herb and Salt Crust of Mint, Garlic, Pine Nuts, and Parmesan Cheese

Put all ingredients except the Parmesan cheese into a food processor and puree. Stir in the cubes of Parmesan. Top the lamb just before broiling.