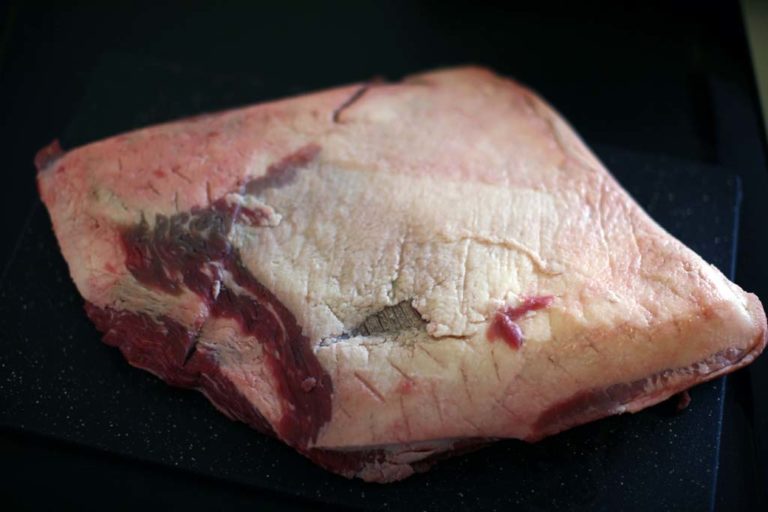 This article is all about making corned beef from scratch. Starting with raw ingredients, it takes 7-10 days from start to finish so plan accordingly.

I never thought of making my own corned beef until I started building this site. And the only reason I considered doing it was because I realized that I could. Also, I thought it would be fun to try something that is not commonly done at home.

The mixture of spices are what gives it its signature flavor, and a simple food preservative gives it its pink color. It fixes, or preserves, the color of the raw meat, which is why it is still pink when it is cooked. Much like smoke does to smoked meats. Finding a consistent recipe for corned beef brine was difficult. But fortunately I was able to find a recipe that is used by a well-known maker of corned beef. Of course I changed it a little because I believe in making things your own. So the following is my corned beef brisket recipe.