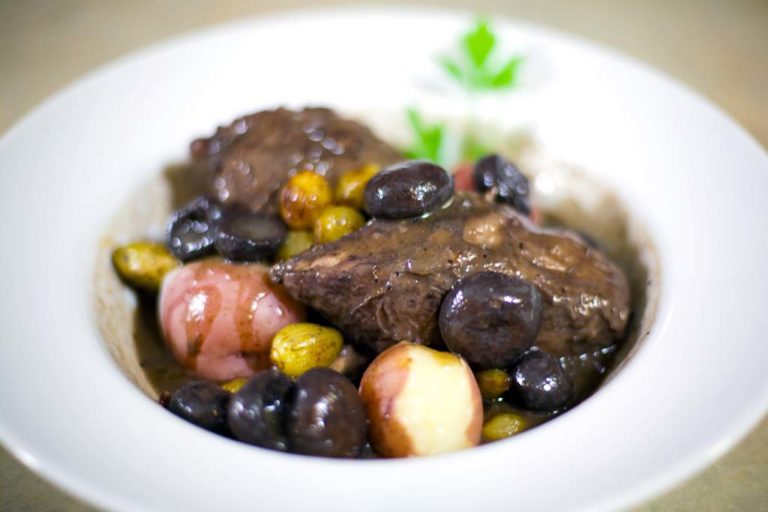 Coq au vin was originally prepared using a “coq,” or rooster. Braising was the perfect way to make these stringy, old roosters edible. These days roosters are uncommon in the market, so we make coq au vin with chicken or “poulet.” It is, however, still good—some may say better. Someday I’ll make this dish with a rooster and let you know which is better.

Traditionally, this dish is made using red wine. When it is made with white wine, it is called coq au vin blanc, which is also quite delicious. The recipe that I am using here is a complete recipe, meaning I don’t skip any steps. I marinate the chicken overnight in wine and vegetables and then braise it in the same marinade. I also make both of the traditional garnishes: glazed pearl onions and braised mushrooms. You can skip the marinade if you want to; it’s not that big of a deal.