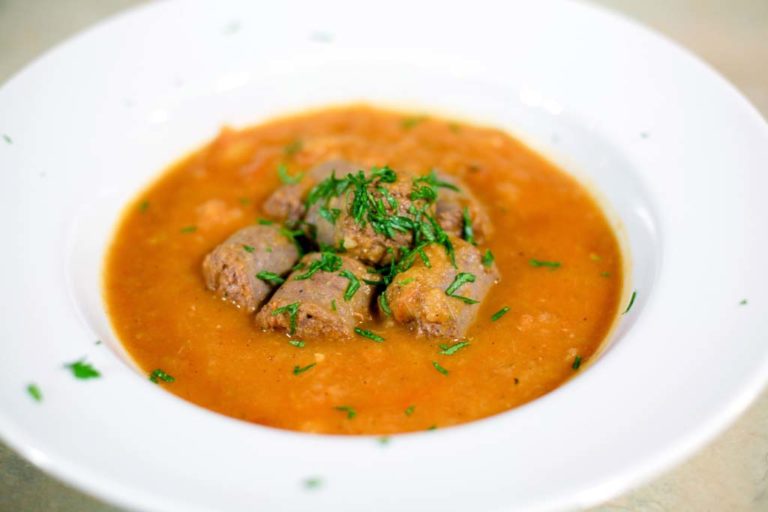 Cabbage stew is a bit of an odd duck in the soup and stew world. It’s gotten kind of used to being considered poor people’s food. But cabbage stew, like so many other so-called “poor people’s foods,” is actually quite good. There was, in fact, a time when eating lobster was considered quite “low” and “common,” the quality of a man’s character often being assessed by how frequently he fed his servants the lurid lobster. Other popular poor people’s food includes chicken wings, ham hocks, and tripe. There are many that could be added to this list. I must admit, however, that the addition of meat to this dish may make this the most luxurious cabbage stew ever made.

Green Cabbage and Yukon Gold Potatoes Stewed with Pork Sausage, Tomato and a Bit of Garlic