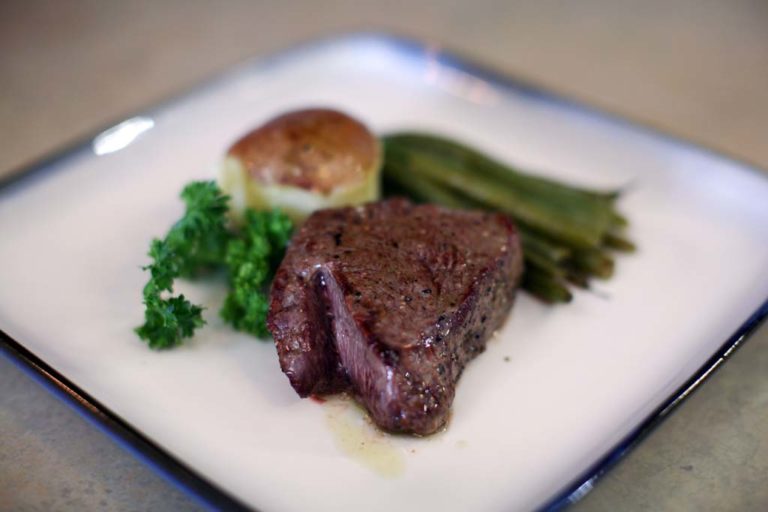 The top sirloin steak is located just to the rear of the short loin (immediately behind the ribs), in front of the round section (the back end), and above the bottom sirloin section (between the two). The beef tenderloin can also be found in this section, on the other side of the bones. If you buy a pin bone, flat bone, or wedge bone sirloin steak, it is possible to end up with a little chunk of tenderloin. Unfortunately, when you buy top sirloin, the bone and tenderloin have been removed. Conversely, the bottom sirloin, a firmer and less desirable steak, has also been removed.

When you buy top sirloin, ask the butcher for the first cut, the cut closest to the front end of the cow. This will be the tastiest cut of top sirloin.