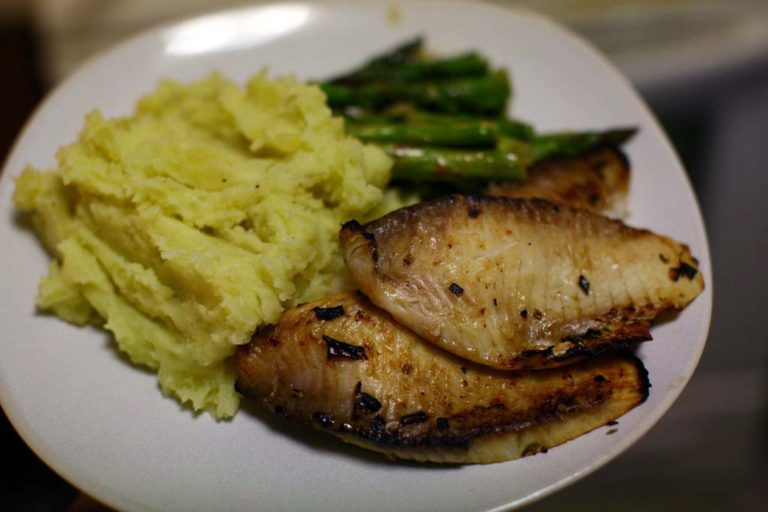 Tilapia is the common name for over a hundred species of freshwater fish belonging to the family Cichlidae. It is a popular fish for fish farming because it grows quickly and it’s omnivorous, which means it eats both meat and vegetables. It is currently the third most farmed fish behind salmon and carp. Tilapia is a good source of protein but a poor source of omega-3 fatty acids. It is subsequently high in omega-6 fatty acids. There is a possibility that omega-6 fatty acids taken in conjunction with omega-3 fatty acids may increase the probability for some diseases and conditions such as depression.

The good news is that tilapia is very low in mercury because it grows so quickly and eats primarily vegetation. My favorite way to cook tilapia is over or under high heat. The flesh reacts very well to caramelization and may even be good blackened like catfish. I chose to broil the tilapia instead of grill it because it was late and the grill is 14 floors away.

Combine all marinade ingredients and pour over fillets in a shallow dish or in a zip-lock bag to marinade for about 30 minutes to an hour. Flip every 8-10 minutes.