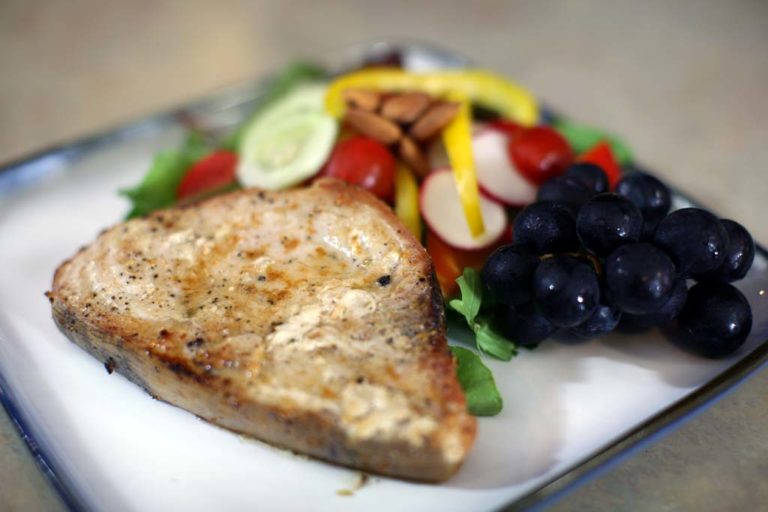 Swordfish (Xiphias gladius) is a large saltwater fish found in many parts of the world. It is found in tropical and subtropical waters, and sometimes in temperate waters. It is considered a billfish; other billfish include marlins and sailfish. Swordfish are highly migratory and predatory fish. The females can grow to around 15 feet and can weigh as much as 1,400 pounds. The males only get to around 300 pounds.

The fish are caught by harpoon and by long-line gear. Long-line fishing is an incredibly controversial fishing style because of by-catch. Common by-catch are albatross and sea turtles. Many techniques to limit by-catch have been implemented over the past decade. The Environmental Defense Fund says that eating U.S. caught swordfish is okay. But you definitely do not want to eat imported swordfish. Also, you should limit the amount of swordfish you eat because it contains elevated levels of mercury.