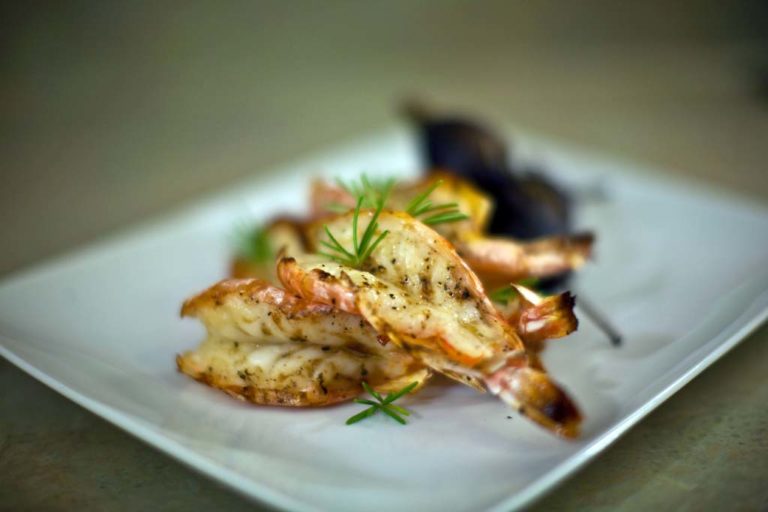 The broiler setting of an oven is very similar to a grill. Basically, it’s an inverted grill. So, when we broil things like shrimp, we can take a few cues from the way we grill shrimp. There are several ways to broil shrimp. The first way would be to skewer them. The best skewer, in my opinion, is to use a stick of rosemary. Another way would be to simply broil them whole. However, the best way is to butterfly them, apply seasoning directly to the shrimp meat, and throw under the broiler. This allows them to cook quicker, makes the meat taste better, and there will be less of a chance of over cooking.

In order to make the butterflying technique less of a pain, I recommend buying big shrimp. Or you can ask your butcher if they would be willing to butterfly the shrimp for you. If that’s the case, don’t forget about your butcher when you do your Christmas shopping this year. I hear they like sharp, pointy things.