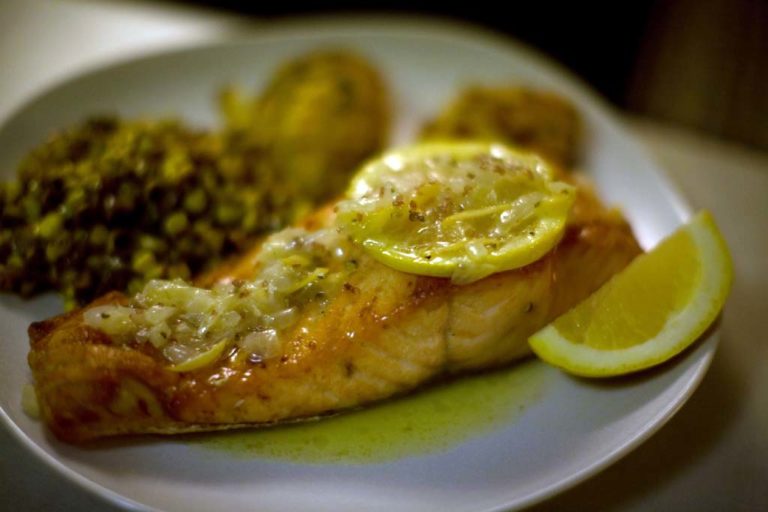 Growing up in northern Minnesota, I didn’t get the opportunity to eat salmon very often. I come from walleye country. But, just a little to the east of me in Lake Superior, there live salmon. So, it was not long before I started eating salmon once in a while and, more importantly, cooking with it. I quickly learned that the salmon is a very versatile and durable fish. It has almost as many applications as cod. But it tastes better and is a lot better for you.

My favorite way to cook salmon fillets is in the broiler with the skin on. I like the broiler because it is similar to the grill, except it is inverted and inside. But the effect is similar, as they both cause crusty caramelization of the exterior of the fish. Broilers are feared and under-used. They are very simple to operate. Read on.

Broiled Salmon Fillet: Seasoned with Salt, Pepper and Served with a Lemon Butter

Sauté the onions in the olive oil until they turn translucent; add the lemon slices, salt, pepper, and lemon juice. Turn off the heat and mix the butter in. Serve.