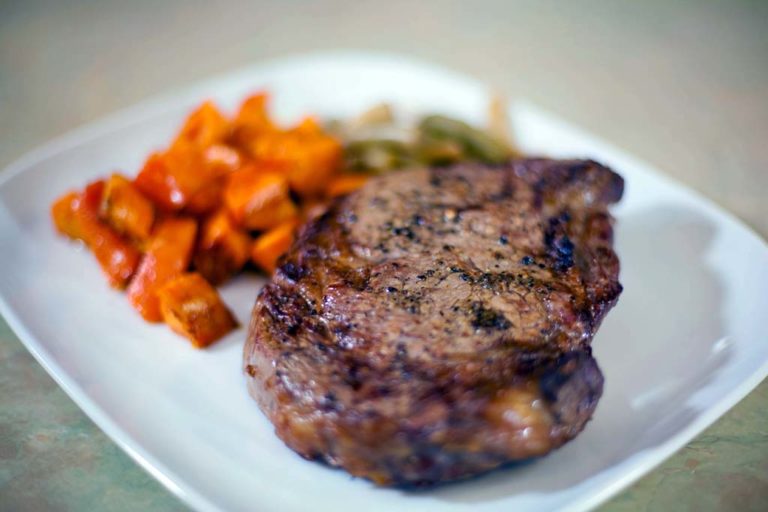 The beef ribeye steak comes from the rib section of the beef cow. The rib section is closer to the neck, nestled right behind the chuck/shoulder area. This is also the section that gives us prime rib, rib roasts, some ribs, and, of course, rib steaks and ribeye steaks. To me, a ribeye steak is only a ribeye when it, at least partially, resembles an eye. If it doesn’t, then it’s just a rib steak.

That thin band of heavily marbled meat is what makes rib steak so amazing. It is dark, juicy, and the most flavorful part of the rib section. When I used to cook entire rib roasts on the grill, I always gorged myself on that piece. In fact, I’ll admit to occasionally refraining from serving it at all. Instead, I reserved it for those I thought would most enjoy it. I was always at the top of that list.