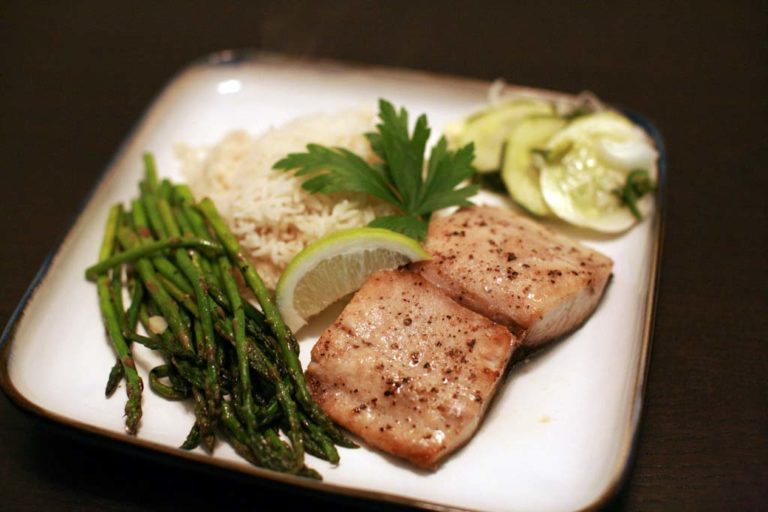 Mahi-mahi has become a very popular fish in the United States. Visitors to Hawaii and the Caribbean have been eating this fish for decades, and eventually word of this exotic fish with a taste somewhere between cod and flounder made its way to mainland America. Demand increased, and now it can be found fresh from your local butcher. Mahi-mahi has several other common names: dorado, rakingo, calitos, maverikos, lampuka and, most notably, dolphin fish. The dolphin fish is a fish, and is not related to the “dolphin,” which is a mammal.

Mahi-mahi has a very mild fish flavor similar to other whitefish, such as flounder and tilapia. Which Americans love: fish that doesn’t taste like fish. It requires no sauce and little seasoning; simple salt and pepper will do. And if this fish is prepared correctly, it is tender and almost creamy—like it was soaked in butter.