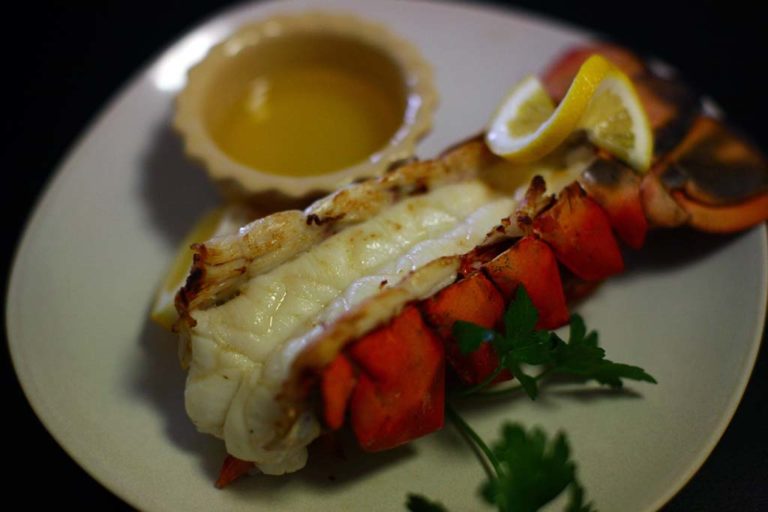 Lobster often finds it way to the grocery store frozen. It is possible to cook lobster from frozen, but you will get much better results if it is thawed first. Thaw it in the fridge overnight. Occasionally grocery stores will offer live lobster. When picking out live lobster, ask for the liveliest one. Lively lobsters haven’t used up all their stored energy or fat. The sedentary lobsters have used up their fat reserves, which means their meat is drier when cooked.