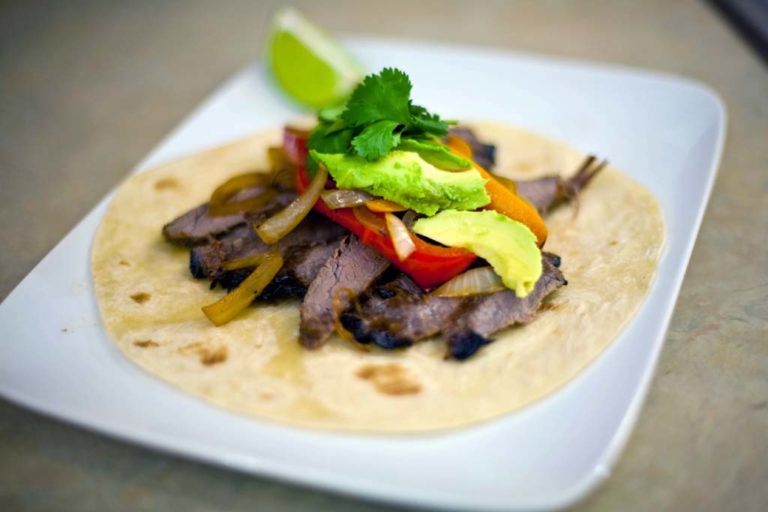 The flank steak comes from the abdominal or flank area of an animal. In this case, we are using beef flank steaks. These are the same steaks that are used for fajitas, so I thought that would be a good thing to make with this marinated beef flank steak.

I marinated this flank steak overnight. It needs about 12–18 hours to soak in the flavors from the marinade, so leave enough time. If you decide to skip the marinade, season the steak per your preference. But you should probably tenderize it with something, either a hammer or a jaccard. A jaccard is a tool with a bunch of blades on it that penetrate the meat and cut up up inside just enough to tenderize it a bit. Depending on how many wacks you give it.