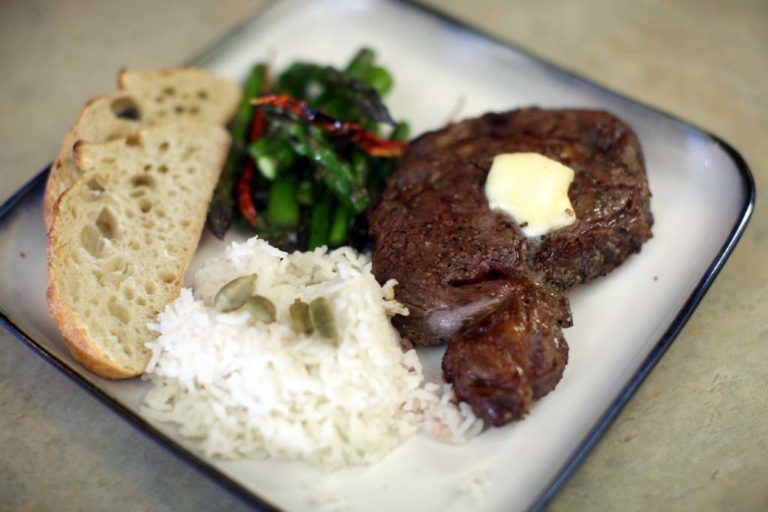 The bison steaks I used for this article are ribeyes, but they are from the smaller end of the rib section. As you move down the rib section from nose to tail, the ribeyes will get smaller until they are no longer ribeyes and are just rib steaks. The section immediately to the rear of the ribs is the short loin section. This is where the strip steaks, T-bones, and Porterhouses come from. So some of the rib steaks may end up looking like strip steaks and vice versa.

The best ribeyes are nearly round. They have a semicircular piece of flesh in the middle surrounded by an uneven, lopsided ring of marbled pink meat and fat. Every time I eat bison ribeyes, I enjoy it. If you have a chance to try them, I encourage you to.