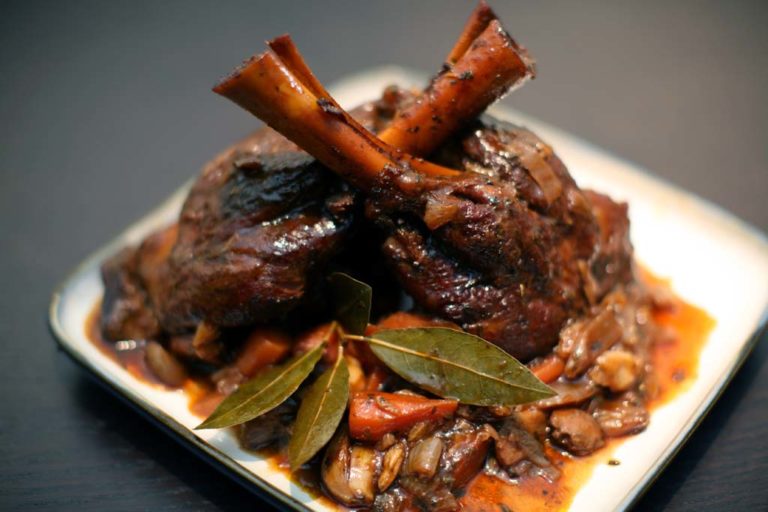 Lamb shanks are among the chewier pieces of meat. Like brisket, flank, shoulder, and other tough cuts of meat, shanks react best to long periods of moist heat. Basically, the sort of heat that is created in a large covered pot, i.e., the braising pan.

Braising is perfect for these tougher cuts of meat because of what happens to the meat as it braises. Tougher cuts of meat like shanks are tough because they have a lot more connective tissue. This connective tissue is dry and chewy. As it cooks, though, it is slowly converted from collagen to gelatin, the compound that makes homemade stock and, hopefully, this braising liquid velvety, thick, rich, and delicious. So, as the meat cooks, the fibrous connective tissue becomes tender, and even though the actual meat is dried out from over cooking, it is offset by this new-found delicate tenderness.