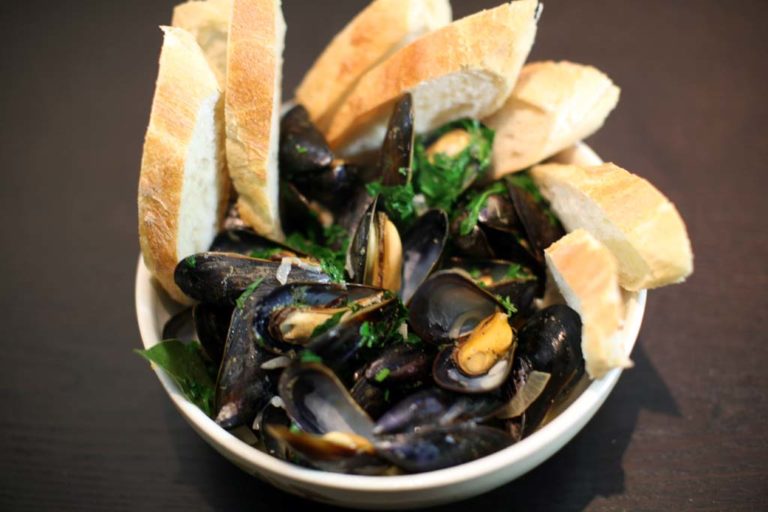 I am fairly certain that what I am cooking here are Mediterranean mussels because it’s March, they are alive, and they are wider than what I am used to. But that is totally irrelevant because I will cook them just like I always cook mussels, and that is Moules Marinières, which is boiling them in beer, cider, or wine with tasty stuff. Then I will eat them with yummy French bread to soak up the broth. Oh, baby. This is gonna be good.