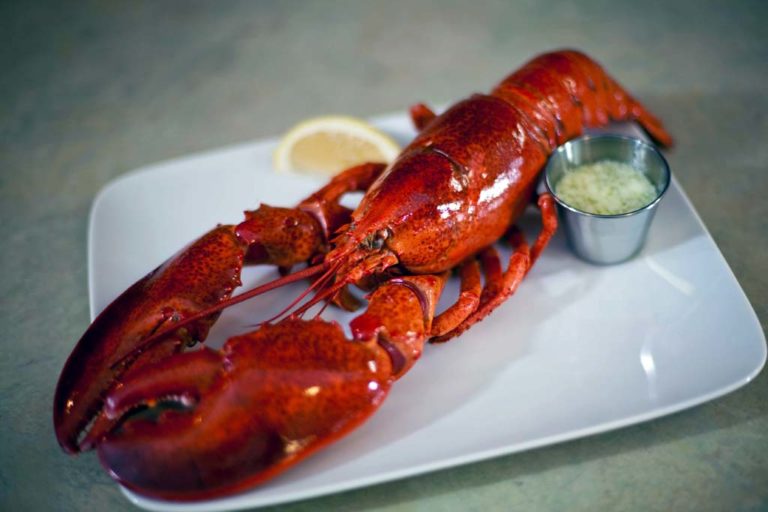 Boiling a lobster is not necessarily the best way to cook a lobster, but it is the easiest and quickest way. Don’t get me wrong, boiled lobster is really, really good. It’s really easy to prepare, and anything tastes good when dipped in butter. Plus, who doesn’t love tearing into a whole lobster?

It’s a tradition in coastal Maine to boil lobster in sea water, most likely due to its proximity, but here in Minnesota, we must add the salt ourselves. The amount of salt is up largely up to you. I usually add 1 Tbsp per gallon of water, but I have heard of people adding as much as 8 Tbsp per gallon. That seems a bit excessive me, so maybe try somewhere in the middle if you like a little extra salt flavor.