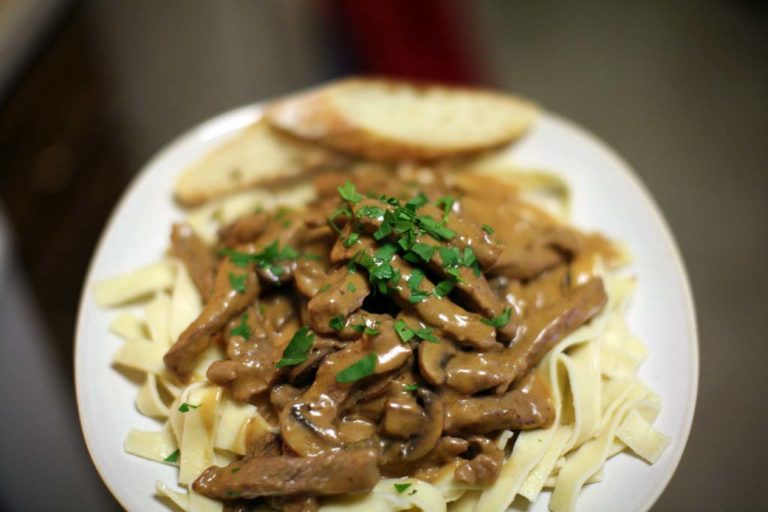 After the fall of Imperial Russia, beef stroganoff became popular in China. Before WWII and communist China, American servicemen were stationed there. When they came home, they brought recipes for beef stroganoff with them. The recipes became family heirlooms, becoming part of an American tradition.

Beef Stroganoff: Tender Strips of Beef and Mushrooms in a Creamy Sauce over Buttered Egg Noodles