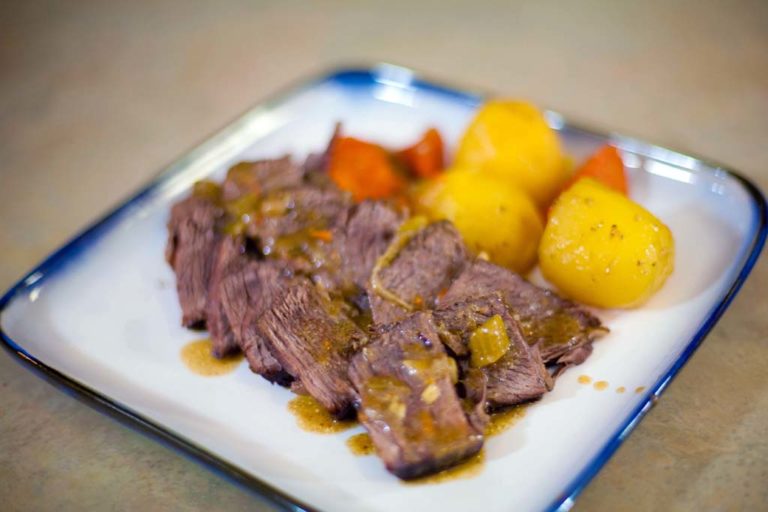 A pot roast is basically what it sounds like. A pot that is roasted. And inside of this pot is a big chunk of meat, also confusingly called a “roast.” So the word “roast” can be used to describe both an action and a thing. So why exactly do we roast pots? It has to do with what’s in the pot. Which, in this case, is a chunk of meat, vegetables, and a bit of water. All of these things, when roasted together in a sealed pot, create a lot of steam and everything begins to cook. This method of cooking, known as braising, is a very effective way to cook tough cuts of meat. After a few hours, that chewy meat will become tender and extremely flavorful.