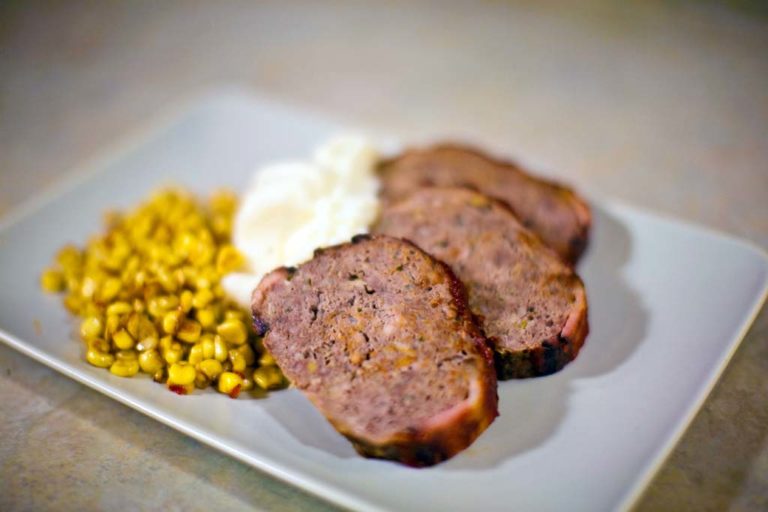 Meatloaf, as we know it, is most definitely an American classic. Although you may be surprised to know that it is also a classic in several countries throughout Europe. As it turns out, shaping ground meat into a loaf isn’t that hard to figure out. Many recipes for meatloaf are quite similar to recipes for meatballs, which isn’t really that surprising since they are both often served with similar sauces. One thing that I am not a fan of is putting fillers in my meatloaf. I add one cup of bread crumbs to my mixture to help glue everything together. But my loaf is all meat, baby, not an oat to be found.