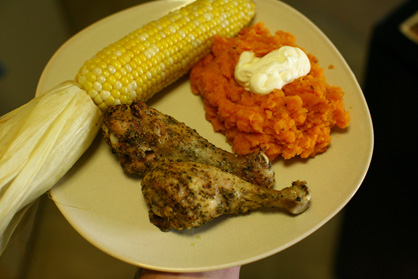 The word bake is used rather loosely in recreational cooking. When dealing with non-bakery items, the professional term used for cooking in an oven is “roast.” We roast a turkey. We are roasting parsnips. A pig has been roasted. And likewise. We bake bread. We are baking pies. Cookies have been baked. The only real exception to the rule is ham. We always hear baked ham instead of roasted ham.

Since baking and roasting are essentially the same thing you may be asking yourself what does it really matter? The truth is, it doesn’t. At least not to you; just to people like me.